What is a XPUB?

An Extended Public Key - also known as an XPUB -  is a part of a bitcoin standard (BIP32) that can be thought of as a 'read only' view into a wallet. An XPUB allows full view to all transactions, addresses, and balances in a specific wallet, but doesn't allow spending of any kind. For spending, private keys are required, and the XPUB doesn't contain any private keys.

A YPUB is exactly like an XPUB except the 'Y' denotes with certainty that this particular extended public key belongs to a wallet that is also following the BIP49 bitcoin standard - which details a backwards compatible addressing scheme for segregated witnesses - the latest upgrade to the bitcoin network .

A ZPUB is exactly like a YPUB in that it denotes an extended public key for a segregated witness enabled wallet following BIP49, however it also denotes that this particular wallet does not follow the backwards compatible addressing scheme, instead it follows a new scheme that has not received widespread adoption as of yet. 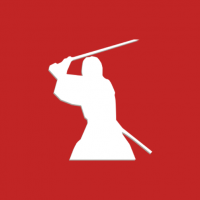